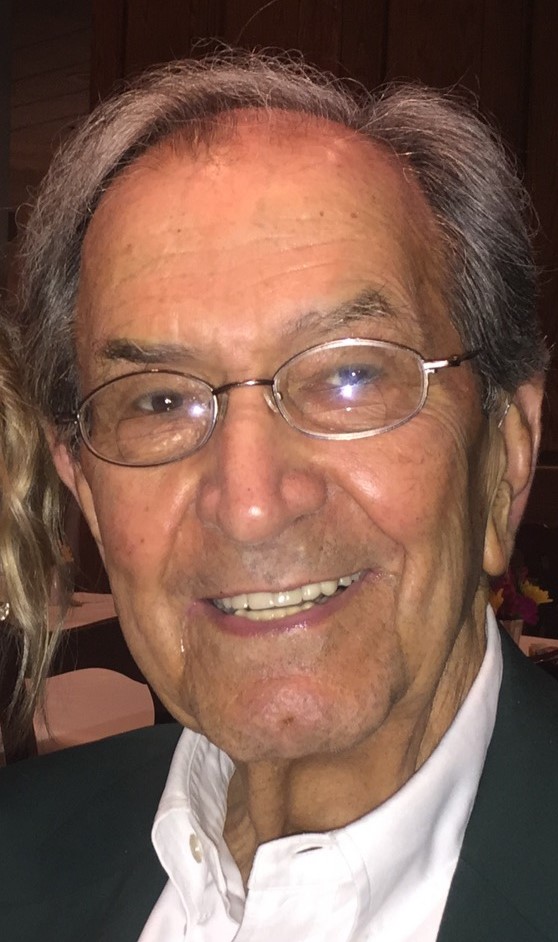 William Thomas "Bill" Greenzalis passed away peacefully on October 19, 2021 at the age of 91.

Bill was born on March 17, 1930 in Columbus, Ohio. He graduated from the Greenbrier Military Academy and The Ohio State University, where he was a member of the ATO Fraternity. After graduation, he enlisted in the Army, graduated from Infantry School in Fort Benning, Georgia and Ordinance School in Fort Mead, Maryland before being stationed in France as a Lieutenant during the Korean War.

After returning from his Military Service, Bill worked at the P.D. Cosnios Co. in Springfield, Ohio. Five years later, Bill returned to Columbus to run Greendale's, the family's Gourmet Chocolate and Ice Cream business. In 1967, Bill became Vice President of Buckeye Biscuit Co. In 1973, he was transferred to Akron, Ohio and was named President of the Company. Bill served a two-year term as President of the National Biscuit and Cracker Distributor's Association and received multiple awards for his contributions and leadership during his career with Buckeye Biscuit.

Bill was a 32nd Degree Mason, involved in Junior Achievement and was a member of Fairlawn Country Club for 45 years. He enjoyed his many Breakfast Clubs, Investment Club, Golf, Football, the New York Yankees and was a proud MAGA supporter of President Donald Trump.

Bill is preceded in death by his parents Thomas and Demetra Greenzalis, his older brother John Greenzalis and nephew Thomas Greenzalis. He is survived by his wife of 58 years, Patricia Benadum Greenzalis, his daughters Melissa Wallace (Tim) and Elizabeth Khayyat (Fuad), his four Grandchildren, Nate and Michael Wallace and Mia and Gus Khayyat, his brother John's children Mike and Greg Greenzalis, Amy Holtz, and Molly Umland, and his sisters Ellen Skelly (Dick) and Gloria Merkel (Jim).

To order memorial trees or send flowers to the family in memory of William Greenzalis, please visit our flower store.