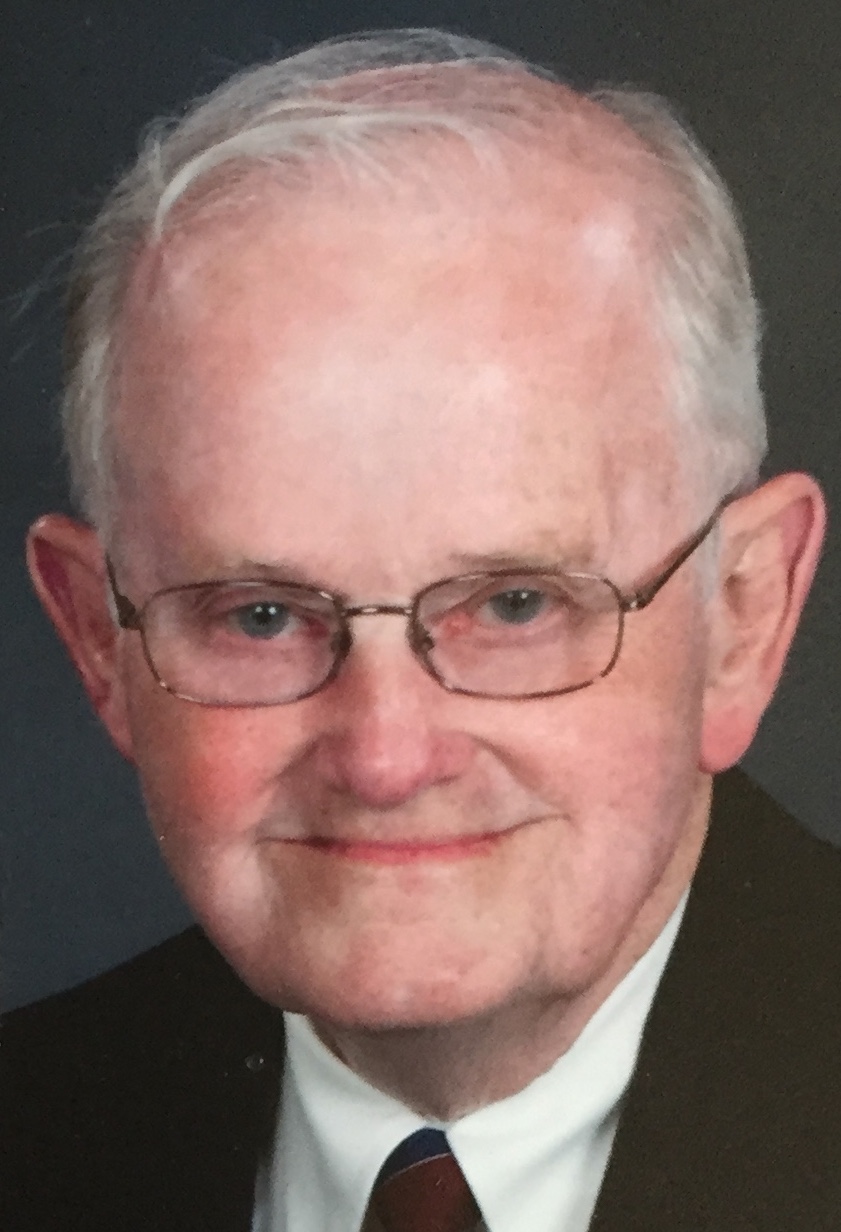 Theodore R. Long passed away on April 8, 2022 after a brief illness at The Village of St. Edward at the age of 96. Just imagine the people he met, the places he saw and the experiences he had.
Born August 7, 1925 to the late John and Dorothy Long, he spent his entire life in Akron and Cuyahoga Falls. Upon graduation from Buchtel High School, he enlisted in the United States Marines. During World War II he participated in the Mariana Islands Campaign and earned a Purple Heart for injuries received during the invasion of Okinawa. After discharge he returned to Akron and began his career at Union Process, retiring after 43 years.
Ted married Margaret Bedell on January 20, 1950 and together raised three children. Upon retirement, Ted and Margaret visited 34 countries in Europe and Asia. Ted enjoyed golf, photography, collecting Toby mugs and watching college football.
He and Margaret enjoyed volunteering at St. Bernard's Hot Meals Program, attending daily mass at Saint Joseph Parish in Cuyahoga Falls and having coffee with friends. Later in life, Ted became a devoted caregiver to Margaret.
In addition to his parents, he is preceded in death by his wife, and siblings, John Long and Patricia Najeway. He is survived by his children, Ted (Susan), Tom (Darlene) and Margaret (Mark) Myers; grandchildren, Tom (Lizzy) Long, Margaret (Mike) Coyne, Kevin Long, Mark (Morgan) Myers, Kaitlin (Brett Seidl) Long and Bridget Myers; great grandchildren, Patrick, Elizabeth, Maeve, Isabella and George; siblings, Nancy Mondozzi and William (Peggy) Long; brother-in-law, Stan Najeway; sisters-in-law, Patricia Long and Joan Grace and many nieces and nephews.
Ted spent the last few years of his life at The Village of St. Edward, where he developed many lasting friendships.
Mass of Christian Burial will be 11:00am Monday at Saint Joseph Parish, 1761 2nd St. Cuyahoga Falls, Ohio 44221. Interment in Holy Cross Cemetery. In lieu of flowers, memorial donations may be made to Saint Joseph Parish.

To order memorial trees or send flowers to the family in memory of Theodore Long, please visit our flower store.