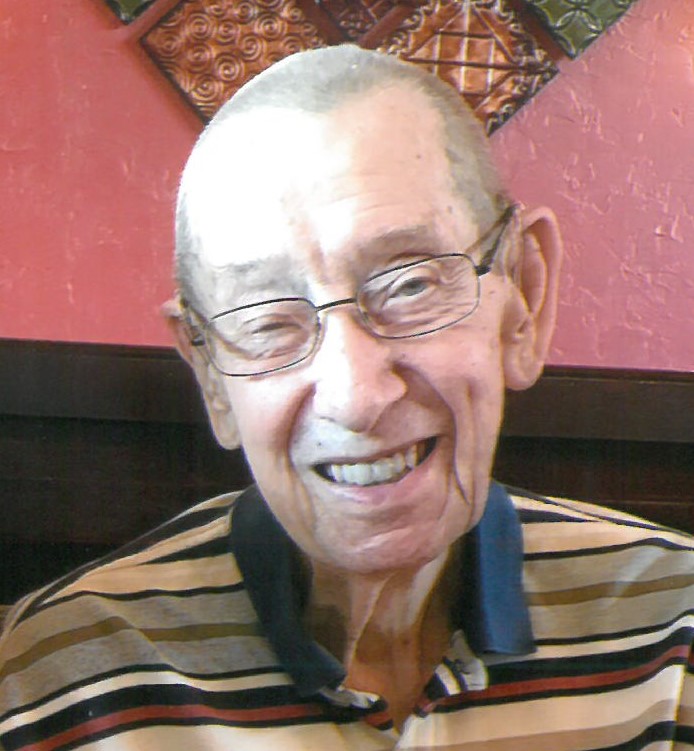 Robert C. Roach, age 90, of Akron passed away at Summa Akron City Hospital on February 16, 2021 after a short stay following a heart attack at home.
Bob was born on December 27, 1930 in Akron to the late Anna and David Roach.  He is survived by his wife Marjorie Donahue; daughters Sandra (Chuck) Sine, Lorrie Miller; step daughters Teresa (James) Skinner, Sue Koegle; grandchildren Jenna Miller, Lisa (Adam) Wayman, Kelly (Eric) Doyne, Amy (Patrick) Troup, Kristen (Tyler) Drum, Daniel Coplen, Jessica Stanley and nine great grandchildren.
Bob led a long, rich and fulfilling life.  Bob joined the U.S. Marines before finishing high school, graduating from Ellet High School after his war services in Japan. As a reservist he was called up again and served in Korea (Chosin Reservoir). He was very proud to be a Marine.
Bob was very proud of his two daughters by his first wife, Mary, and proud of his long career as a mail carrier.  He loved to talk about his girls and his interesting experiences at work and his war experience. Bob loved to talk.
After leaving the postal service on disability, Bob joined the Masons and served in many leadership positions as a member of the Scottish Rite eventually earning the 33rd degree. Bob was proud to be a Mason.
After his marriage to Marjorie, Bob began his volunteer career at the National Park Service and Metro Parks, putting in many hours, most as a photographer.  Bob was proud of his park service and proud of his nature photography.
Bob was a member of the Unitarian Universalist Church of Akron and shared his photos there. Bob and Marjorie (the love of his life) were married there and enjoyed 25 happy years together.
Cremation has taken place and there will be no memorial service (as per his wishes). Memorial donations may by made to the UU Church of Akron, 3300 Morewood Rd., Akron, OH  44333, or the Summit County Meto Park Service, 975 Treaty Line Rd., Akron, OH  44313 or the Masons, 150 Springside Dr., Suite B-210, Akron, OH  44333.

To order memorial trees or send flowers to the family in memory of Robert Roach, please visit our flower store.