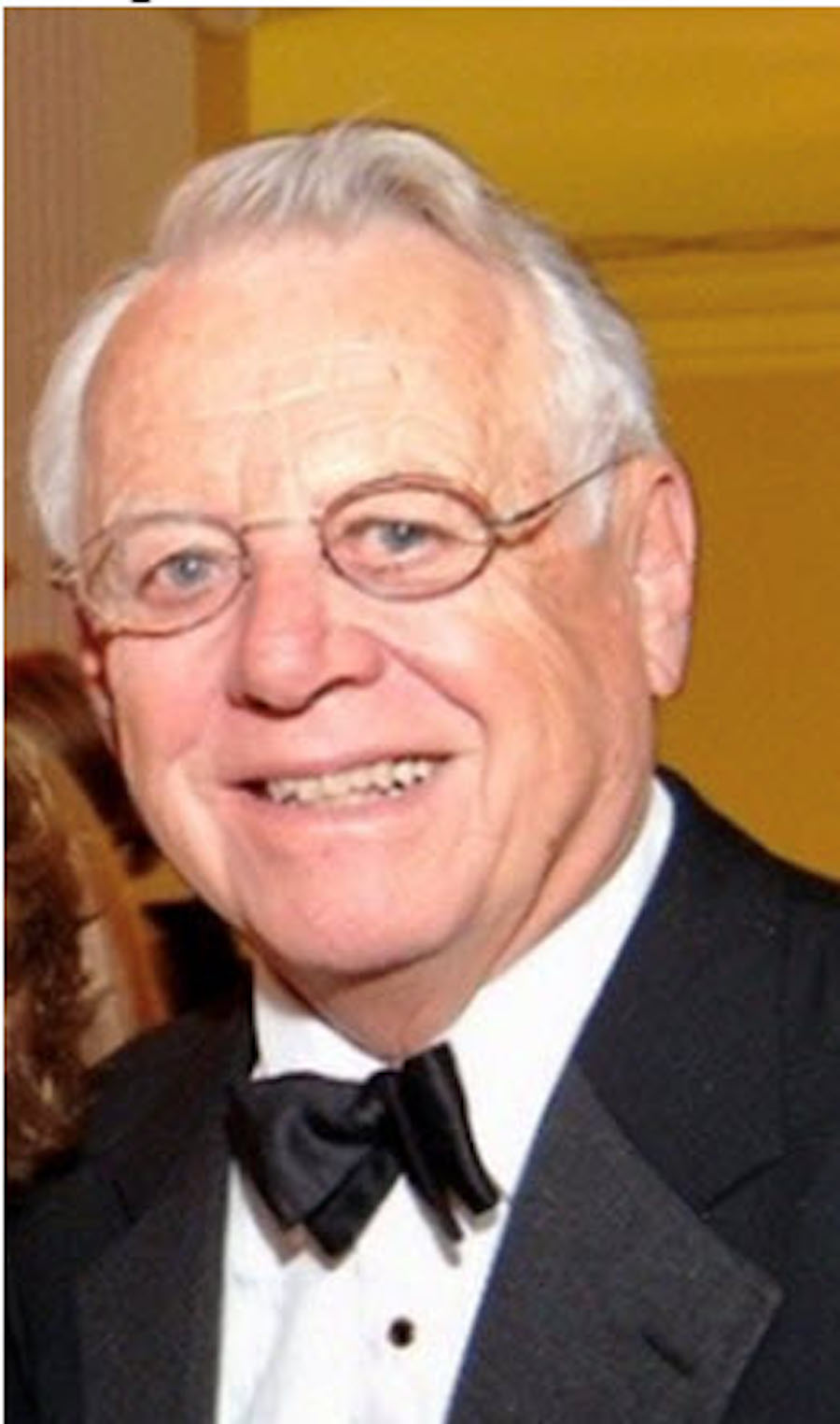 Robert E. Mercer, 96, former chairman and chief executive officer of the Goodyear Tire & Rubber Company, and a resident of Akron and Nantucket, Mass. died of natural causes Friday, Aug. 28 at his home in Akron. Bob's Goodyear career spanned 42 years and though he may be remembered for rallying an army of loyal supporters across the U.S. in defense of Goodyear when it became a hostile takeover target in 1986, his family and friends will best remember him for his wit, warmth and humanity, both at home and at work. Retiring from Goodyear in 1989, began splitting his time between homes in Nantucket, Akron, & later Palm Coast, FL. He and his wife, Mae moved back to Akron from their winter home in Palm Coast two years ago but always returned to the summer Nantucket home they built in 1988. Yet he also had special place in his heart for Akron, where he began his Goodyear career. Bob was involved or led a variety of volunteer organizations to improve the quality of life in Akron. He was Chairman of the Park Board Commission-Summit County Metro Park System; Chairman of the Akron Public School Board Advisory Committee; Chairman of the Summit County United Way; a member of the Akron Regional Development Board; past Chairman of Bluecoats, Inc.; and honorary Director of Hattie Larlham, an organization that creates opportunities for children and adults with intellectual and developmental disabilities. He also chaired a nationwide United States Savings Bonds fund-raising campaign. Bob and Mae loved sharing island time with his twin brother Richard J. "Dick" Mercer, an award-winning advertising executive, and 13-year resident of the island. Dick Mercer died in 2006. The Mercer twins, who had each married their high school sweethearts, Mae and Muriel, were blessed with years of fun and adventure together on Nantucket. Robert Edward Mercer was born in Elizabeth, N.J. on March 29, 1924 to Margaret and George W. Mercer, a Ford dealer and police commissioner in the small, New York City suburb of Roselle Park, N.J., where he grew up. As a stand-out baseball player at Roselle Park High, He earned a baseball scholarship to Ohio University, but World War II intervened. He and Dick were drafted into the U.S. Navy in 1943 after one semester at O.U. While in the Navy he attended school at Yale University and later received his officer's commission, serving aboard the U.S.S. Cleveland. He graduated from Yale University in 1946 with a mechanical engineering degree. He married Mary (Mae) Deuel in 1947 in Buffalo, N.Y. and joined Goodyear that same year. After working briefly in Akron, then Detroit, he was transferred to Duluth, Minn., where he was a self-described "Knight of the Road," selling conveyor belt and industrial hose in the territory. A Navy veteran, he had a lifelong love of boating and deep-sea fishing. He was a member of the Nantucket Anglers Club and regularly entered his 43-foot Tiara sport fishing yacht "Double Eagle" in the Club's Annual Billfish Tournament. He is survived by his wife of 73 years, Mary (Mae), five children: Kathleen (James) Bond of Shaker Heights, Ohio; Robert G. (Carol), of Santa Monica, Calif.; Maryann John, of Richmond, Va.; Donald (Kelly), of Wichita, Kan., and John (Victoria), of Akron, Ohio. He is also survived by 10 grandchildren and 4 great grandchildren. The family would like to extend a special thanks to: Kindred Home Hospice, First Light Home Care and Golden Years Helping Hands. A celebration of Bob's life will be held at Portage Country Club outdoor terrace from 3-6 p.m on Saturday, September 12, 2020. Masks and social distancing are required. In lieu of flowers, donations may be made to the Summit Metro Parks Foundation (foundation.summitmetroparks.org), Stan Hywet Hall (www.StanHywet.org) and the American Cancer Society (www.cancer.org). Click here to view REM Eulogy Click here to view a collection of shared memories from Bob’s celebration of life.

To order memorial trees or send flowers to the family in memory of Robert Mercer, please visit our flower store.