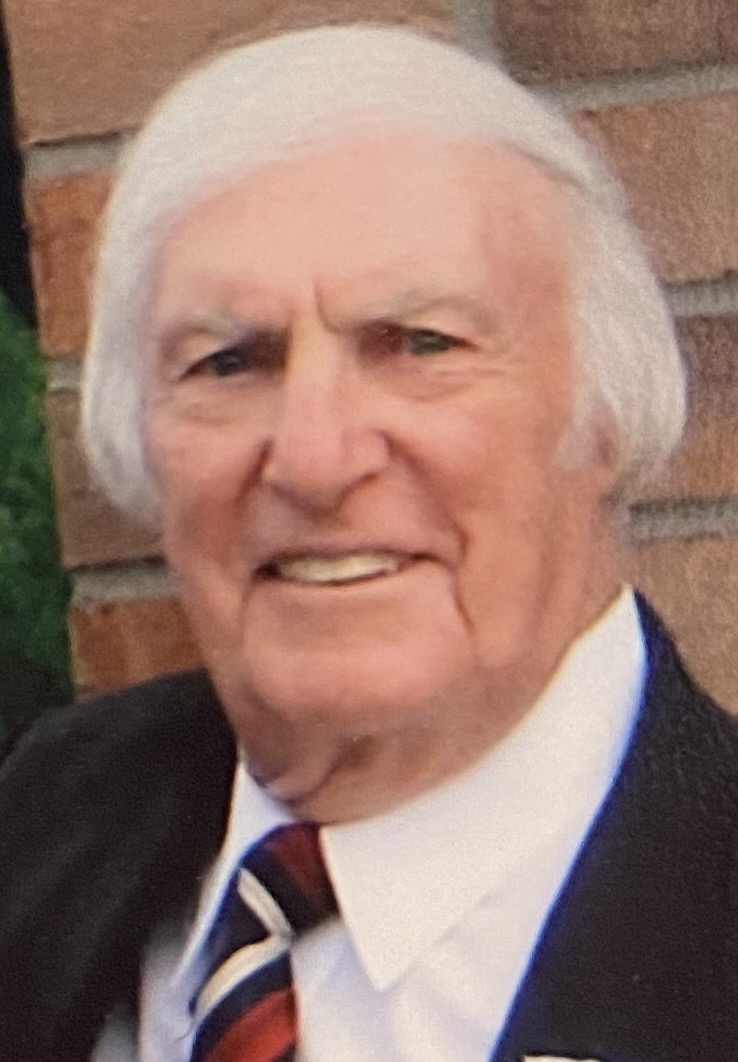 Robert Francis Maroney, 93 passed away on October 12, 2020. Born in Brooklyn, NY to Thomas and Elizabeth Maroney, Bob lived in numerous cities across the U.S. before making Akron his home in 1963. He was preceded in death by his beloved wife of 49 years, Marion, and his brother James. He is survived by sons Daniel (Marilou), Scott (Cathy) of San Diego, Rob (Debbie) and daughter Tara, grandchildren Kevin Maroney (Kerri), Stacey Russell (Clayton) and Michael Maroney, 7 great-grandchildren, niece Stacy Maroney, nephew Seamus Maroney, and sister-in-law Patricia Dempsey all of New York. Bob was a proud Irish New Yorker. After high school, Bob joined the US Navy in 1944 and served until 1946. Bob had the aspiration of being a war hero, as was his father. He was a member of the elite Navy UDT; Underwater Demolition Team. The UDT were the forerunners of what is known today as Navy SEAL. He never got to carry out the mission for which he had trained, as a result of the US dropping the bomb in 1945. After Bob returned to Brooklyn, he met and fell in love with Marion Kattenhorn. They were married in 1953. Bob's dynamic personality and contagious smile were assets to his career as a traveling salesman. He eventually opened his own home linens store, "Linens Unlimited" and retired in the late 1990s. He was a lifelong fan of the Brooklyn Dodgers, Green Bay Packers and the Fighting Irish of Notre Dame. Bob was a man of strong faith, regularly attending St. Vincent and St. Sebastian Churches for mass. His hobbies included volunteering at Summa Health System, playing golf and swimming. Physical fitness was very important to him. Until 2017, he could be found, daily, at the Natatorium or Fitness Center, lifting weights, swimming, walking, and socializing. Family meant the world to Bob. He was happiest when surrounded by his family. He took great pride and pleasure attending his children's and grandchildren's sporting events. He was always ready to offer advice, support and help to his family or friends. He will be greatly missed. Many thanks to his devoted home health caregivers, Allene, Crystal and Sylvia, the ICU Staff at Akron City Hospital and the Palliative Care Staff at Summa Hospital for their loving care for Bob. Visitation at Hummel Funeral Home, 500 East Exchange Street, Akron, on Thursday, October 15, 2020 from 4-7 PM. Mass of Christian burial at St. Sebastian Church, 476 Mull Ave., Akron, on Friday at 9 AM. Internment immediately following at Ohio Western Reserve National Cemetery, 10175 Rawiga Road, Seville, OH. Please wear a mask and practice social distancing. In lieu of flowers, Bob requested donations be made to American Lung Association or St. Sebastian Church, Akron, OH.

To order memorial trees or send flowers to the family in memory of Robert Maroney, please visit our flower store.