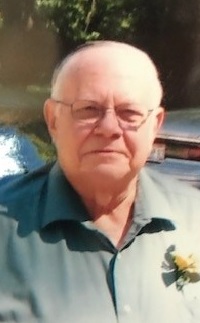 Richard K. Deitle, age 88, passed away on December 10, 2021. He was born in Akron, Ohio on July 6, 1933 to the late Walter Allen and Thelma Irene (Cox) Deitle. Richard married Merilyn (Rheinhardt) Deitle and she survives.

Richard retired from B.F. Goodrich as a forklift driver. He was a member of First Assembly of God in Akron. There he served as part of the Sunday school office staff.

Visitation will be held on Wednesday, December 15, 2021 from 10 am to 11 am at the Hummel Funeral Home, 500 E. Exchange Street, Akron. A funeral service will begin at 11 am on Wednesday at the funeral home. Burial will follow at Hillside Memorial Park, 1025 Canton Rd. Akron.

Should friends desire, memorial contributions may be made to Springfield Assembly of God Church, 1551 Canton Rd, Akron, Ohio 44312.

To order memorial trees or send flowers to the family in memory of Richard Deitle, please visit our flower store.