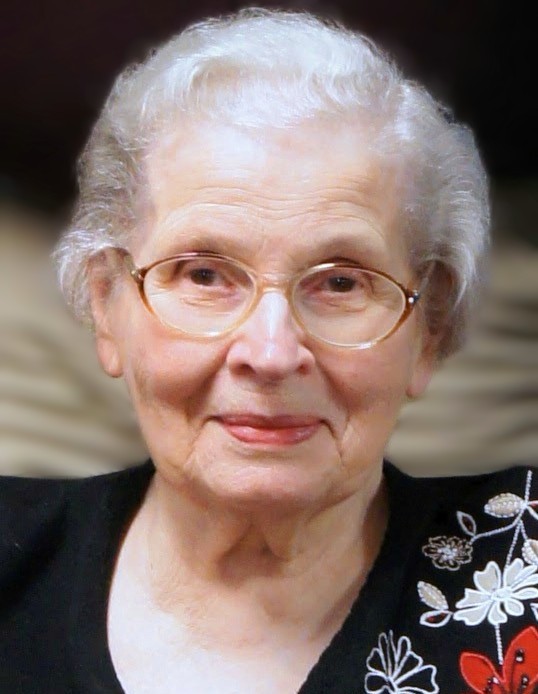 An only child, Marie was born on August 18, 1925 in Akron, Ohio. She graduated from Akron Central High School in 1943 and received her R.N. from Akron City Hospital's School of Nursing in 1946. She retired as a registered nurse from Akron General Hospital, having previously worked at Medina Community Hospital.

In April 1946, Marie married Harold L. Russell whom she had known since grade school. Together they raised four children in the house they built in Sharon Twp., where they lived for 61 years before relocating to Chambrel Montrose (now Brookdale). Always the warm, loving and inviting person, her home was a favorite among the many family members and friends.

Per Marie's wishes cremation has taken place and she will be inurned at Western Reserve National Cemetery in Rittman, Ohio with her beloved husband, Harold. A memorial celebration of her life is planned for a later date.

If desired, memorial contributions may be made in Marie's memory to the Sharon Twp. Volunteer Fire Department, 1320 Sharon Copley Rd, Sharon Center, OH 44274; or Brookdale Senior Living, 100 Brookmont Road, Akron, OH 44333 or a Hospice of your choice.

The family wants to thank the staff of Brookdale, especially those on Heatherwood Hall who cared for Marie for the past 2 ½ years, and Brookdale Hospice.

To order memorial trees or send flowers to the family in memory of Marie Russell, please visit our flower store.