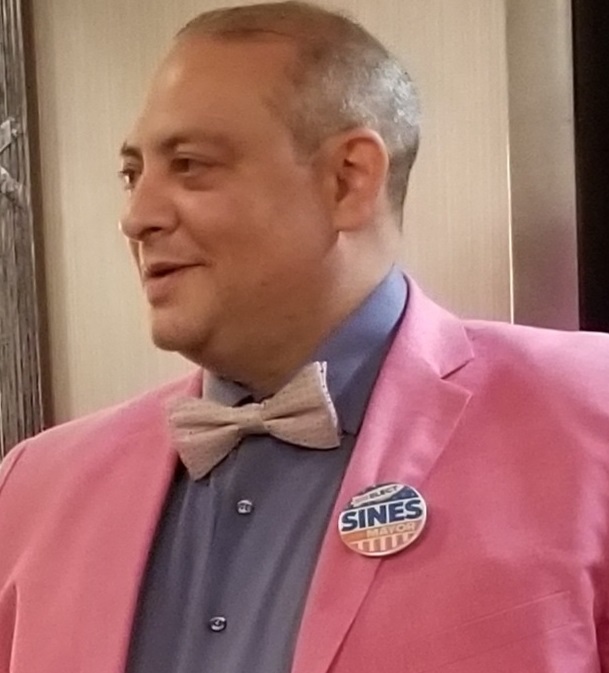 
Joshua Vincent Sines left this world to become the ringmaster at the big circus in the sky on March 6, 2021. He was born in Akron, Ohio on August 7, 1975, to Floyd and Deborah Sines.

Josh was a stranger to no one, and a friend to all. He was known for his kindness towards people and great temperament. He never had an angry bone in his body.

Josh wore many hats in his life and had hundreds of friends who will miss his compassion for serving the public. He was a graduate of Cuyahoga Falls High School, studied political science at The University of Akron, and was a member of the Lone Star Fraternity, where he was affectionately known as "Taco." Josh worked at Rockne's Restaurant, DeVitis Market, was an announcer for the Honor Fighting Championship, and OCW Wrestling, a former Summit County bailiff, a member of the Summit County Republican Executive Committee, and proudly ran for mayor of the City of Akron. He was a longtime season ticket holder for the Cleveland Browns. However, his proudest accomplishment was becoming the owner of Bob's Hamburg in Akron.

To order memorial trees or send flowers to the family in memory of Joshua Sines, please visit our flower store.