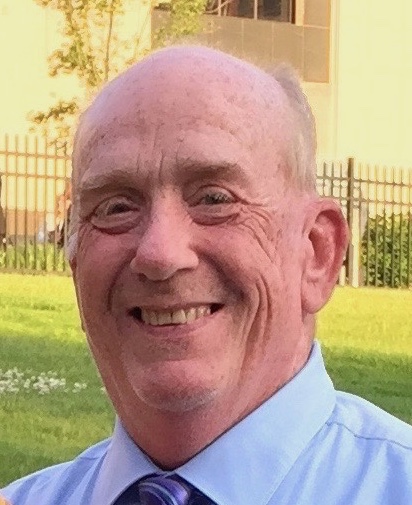 April 14, 1953- July 25, 2020 James "Jim aka Suave" E. Sovacool, Jr., 67, passed away on Saturday, July 25, 2020. The feast day of Saint James and Saint Christopher, he was surrounded by his loving family while listening to Johnny Cash. Born in Akron to James and Winifred (nee McGrath), he was a graduate of Archbishop Hoban High School, ‘72. In 1987 he married his soul mate, Jana Panovich. Jim and Jana were blessed with six beautiful daughters. These two wonderful parents shared 32 years of marriage. Jim believed his purpose in life was to raise his family in the catholic faith and bestow life lessons of safety, kindness and fun. After being a family camper for many years, Jim transitioned into a staff member at Camp Christopher in 1969. Fast forward to family life, Jim shared his love of camp with his family and continued to spend his summers at Camp Christopher as a camper perfecting his sand volleyball serve. Suave dedicated over 50 years to Lake Marian and all of its majestic beauty. In recent years, you could often drive into camp to be greeted by Gatekeeper Jim and his playful smile. While in the Army as an MP, Jim could run a seven-minute mile, knew morse code and he learned with great ease how to live in the jungles from the Panamanian tribes-or at least that’s his side of the story. All of these are traits he attributed to his fictious PSR he would receive when on the TV show, Naked and Afraid. Jim worked in the residential and commercial moving industry for over 20 years. He excelled in this profession with his strong arms and tetris-like moving maneuvers. In short, he was your real life Clarke Griswold. Jim had an affection for serving the community and putting others first. He drove the school bus for the Revere school district, served as grill master at Copley Road concession stands, was the President of the Akron Touchdown Club, President of Friends of Camp Christopher, volunteer for Akron Snow Angels and fourth degree Grand Knight of the Knights of Columbus (council #14054). In 2012, Jim received a living donor liver transplant from his youngest brother, David. Towards the end of 2018, Jim developed Stage IV neuroendocrine tumors which ultimately led to his final knock on Heaven's door. His survivors include his wife Jana, children and their spouses: Ed (Jessica) Shaw, Alicia (Tim) Hartnett, Eleanor, Mariam, Winifred, Abigail, Marjorie; grandchildren, Elaine and Kerry; sisters, Betsy (John) Earle, Margie, Sara; brothers, Michael (Mary Kay), Joe (Bernadette), Tom (Kara), and David; nieces and nephews Kelly (Sonil), PJ (Josh), Annette (AJ), Michael (Kristi), Sean (Bryn), Casey (Lacey), Molly (Tony), Sam, Nora, Vince, Nick, Hannah, Nate, William, Emma, Maggie and Sara Rose. Jim was preceded into death by his parents, Big Jim and Little Winnie, siblings Eleanor, Bill, Jamie, Peter, Ed and nephew Pat. He will also be welcomed with open arms by his Aunts Claire, Anne, Mary, Sally, Nancy and Uncles John and Bimmy. Special thanks to the Cleveland Clinic liver transplant team, Taussig Cancer Center, St. Vincent de Paul Parish and the Man in Black. It also goes without saying, he has always been thankful for the multitude of friendships that developed because of his warm heart, sarcastic sense of humor and charismatic personality. Calling hours will on Thursday from 4 to 8 p.m. at the Hummel Funeral Home (500 E. Exchange St. Akron, Ohio 44304) where the K of C, Council 14054 will recite the Rosary. Mass of Christian Burial will be Friday at St. Vincent Catholic Church at 11 a.m. Internment will be held at a later date at the Ohio Western Reserve National Cemetery with military honors. In lieu of flowers, donations can be made to the Akron Community Foundation in honor of James E. Sovacool, Jr.; 345 West Cedar Street, Akron, Ohio 44307 (https://www.akroncf.org/giving/give-now/?fund=james-e-sovacool-jr-designated-fund). The funeral mass will be live streamed at www.StVincentChurch.com with overflow seating available in the Scullen Room (located in the grade school).

To order memorial trees or send flowers to the family in memory of James Sovacool Jr., please visit our flower store.