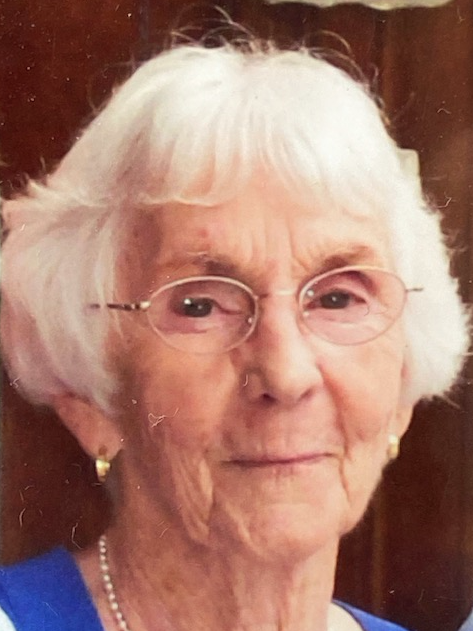 Georgiena (Jean) Cook of Silver Lake died on January 20, 2021 at the age of 94. Born in Little Falls, NY on May 8, 1926 to Georgiena and Dennis Noonan, Jean was a child of the Great Depression. After a childhood spent in upstate New York and Massachusetts, Jean attended high school in Girard, Ohio and stayed in contact with her friends there into her 80s. Jean paid for her education at Notre Dame College in Cleveland and contributed to the war efforts during World War II by working at the Lordstown Ordnance Depot in the summers and a hospital during the school year. After graduation, she returned to Girard and began her teaching career.
Jean was Mom to eight children, two of whom predeceased her while still young. An accomplished athlete, Jean introduced her children to swimming, skiing, tennis and golf and cheered them on at countless football and basketball games, swim meets, and school plays. She remained an avid reader, golfer, and bridge player until her 80s and maintained a wide circle of friends. In the 1970s, Jean earned her Master’s degree in Special Education from the University of Akron and returned to teaching at Cuyahoga Falls High School. Through a career that spanned more than 25 years, Jean positively impacted the lives of hundreds of students with her wit, compassion, and no-nonsense love.
Jean is survived by six children, 16 grandchildren who fondly remember happy summer days with Grandma at Crystal Lake, and 16 great-grandchildren. Her family is grateful to the staff of Sunrise of Cuyahoga Falls who have cared for Jean with such love and gentleness for the last several years. A memorial service will be held when Jean’s large family can safely gather in the future.

To order memorial trees or send flowers to the family in memory of Georgiena Cook, please visit our flower store.