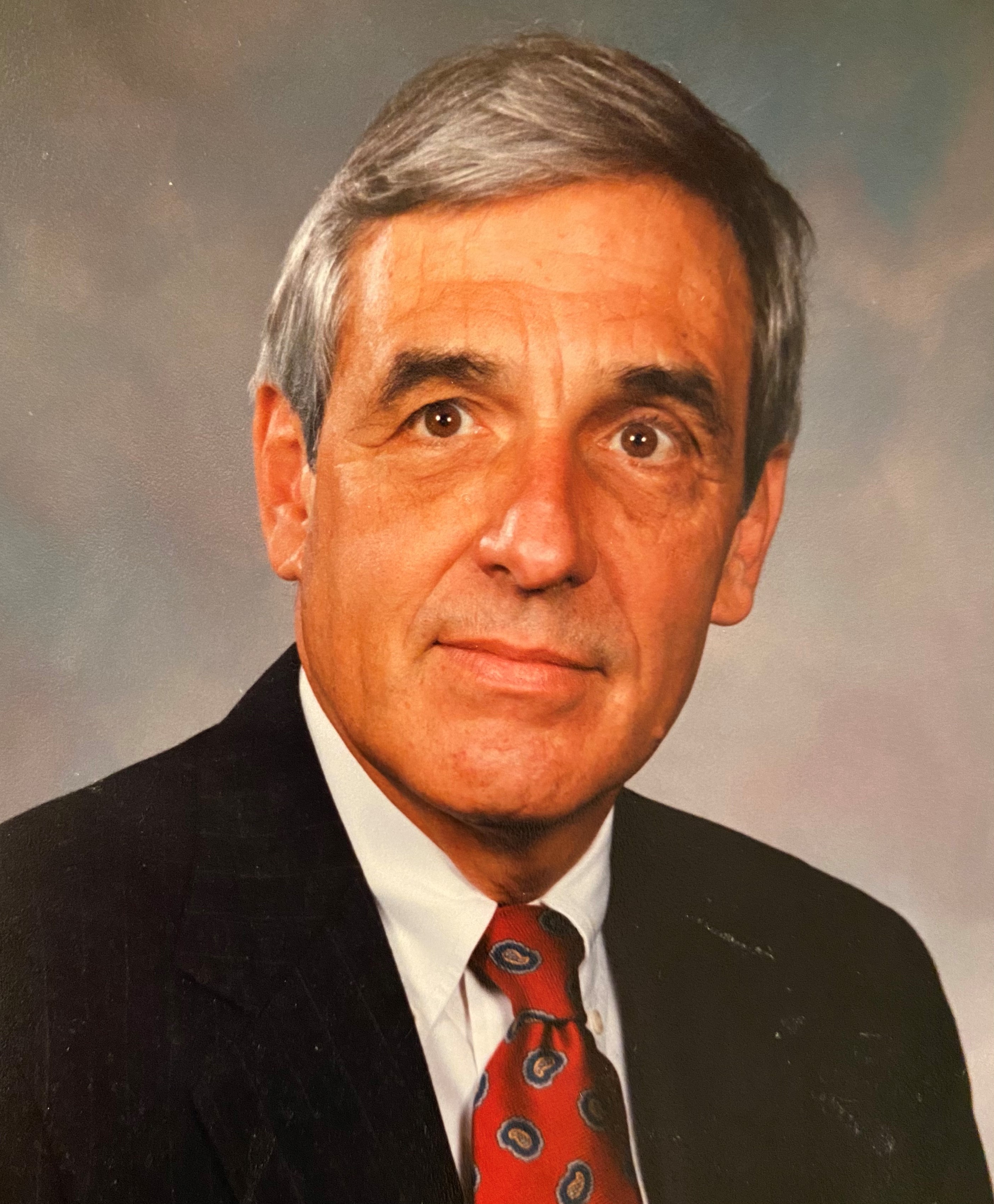 Frank was preceded in death by his beloved wife of 47 years, Patricia; mother and father Frank and Eleanor Quirk; brother Paul; and sister Jane Ealy. He is survived by his sons, John and Michael, daughter Elizabeth (Tim) Sheeler and sister, Sharon Miller.

Frank will be remembered as a thoughtful, kind and wise friend and colleague, but he will be especially missed by his treasured grandchildren, Claire and Will Sheeler, who will always remember their smiling, fun, and ice cream-loving Papa.

A man of many interests and talents, Frank’s 88 years epitomized those of a life well-lived. Born in Cambridge, Massachusetts on November 24, 1932, he graduated from St. Vincent High School in 1950. After graduation, Frank joined the U.S. Air Force at the height of the Korean War. Following basic training, he was selected to enter an intensive training program in Russian language, then chosen to join a small group to establish a site in Turkey to search out and intercept military communications at a Russian missile launching location. This elite group was also designated to monitor Russian radio traffic responding to U-2 overflights.

Frank then attended The Ohio State University, completing his undergraduate and legal studies in 1958. Returning to Akron, Frank joined the firm of Roetzel, Hunsicker and Michaels, which later merged with the firm that would become Brouse McDowell LPA. Frank’s practice focused on corporate law and litigation until he assumed the role of Managing Partner from 1989 to 1997. After becoming Of Counsel to the firm in 2002, Frank accepted the position as Director of the Miller-Becker Center for Professional Responsibility at the University of Akron School of Law, and was named an Honorary Alumnus of the law school in 2010.

Throughout his 55 year legal career, Frank took on many leadership roles, serving as President of the Akron Bar from 1983-84, helping to establish the Akron Bar Foundation in 1985, as well as serving as the Foundation’s President in 1990-91. In 2011 and 2013 respectively, he was the recipient of the Bar’s Liberty Bell Award and the Eugene Weir Award for exceptional professional responsibility. Frank was most proud of his award of the Sir Thomas Award in 2017, a special honor for lawyers demonstrating outstanding personal integrity, community service, and professional excellence.

Outside of his professional career, Frank was active in the Akron community, leading a number of civic and charitable organizations. In 1968, he was President of the Board of Governors of the American Golf Classic (now known as Akron Golf Charities), and President of the Akron City Club from 1980-81. He served as a member of the Blossom Music Center Board of Overseers, and he was the founding Chair of Downtown Akron Partnership at its inception, from 1996 to 2000.

In addition to his many professional and community accomplishments, Frank was a die-hard OSU Buckeyes fan. He was also an accomplished runner, participating in 12 marathons, including The New York City marathon, his favorite of the bunch. Frank was an avid skier and enjoyed many trips to his beloved Aspen Mountain with his wife Pat, their friends and family. He was proud to say that he skied into his 80s, with both of his grandchildren.

Frank will be remembered by his family as a devoted husband, father and grandfather. We admired him for his wisdom, determination and thoughtfulness but also for his great sense of humor and silliness. Above all else, Frank was a gentleman, considered a profoundly genuine and decent man who touched the lives of many. He will be deeply missed by all who knew and loved him.

A memorial celebration will take place at a later date.

To order memorial trees or send flowers to the family in memory of Frank Quirk, please visit our flower store.