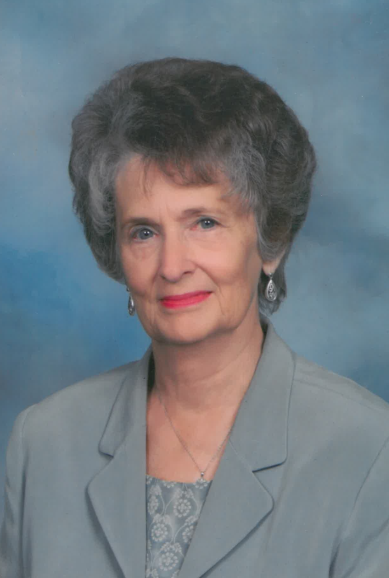 Elsie (Weimer) McKeighen, 89, received her angel wings October 27, 2022. Elsie grew up in Copley on the old Bender farm on Cleveland Massillon Rd., selling vegetables her grandfather and mother grew at their roadside stand. She was crowned May Queen at Copley High School from where she graduated.

As Mom to Brian and Karen, Elsie enjoyed when their friends visited, and many considered her a second Mom. She enjoyed family vacations to Catawba Island, Canada fishing trips, and later Disney World with her granddaughters. Well known for her delicious pie crusts she was always asked to bring pies to family events - especially elderberry.

A lover of animals, Elsie raised three litters of bulldog puppies and snuggled with her beloved kitty companions in her later years.

In her 40's Elsie was accepted into nursing school and received her R.N. from UNC Wilmington in 1981. After graduation Elsie traveled the world and collected art from her adventures.

Upon return to the Akron area Elsie worked at area hospitals and as a visiting nurse. She found her true calling as a hospice nurse at Hospice of Visiting Nurse Service in Copley where she worked into her 70's, providing needed comfort to patients and grieving families. At the same time, she provided in-home care for her elderly mother. After retirement Elsie did volunteer work at the Civic Theater, Lock 3, Wadsworth Hospital, and the Red Cross.

In her last months Elsie was lovingly cared for in the home of her daughter, Karen and remained mentally sharp to her final day.

Elsie was predeceased by her mother Kathryn Weimer and former husband Ralph McKeighen and ER Plunkett.

Donations in Elsie's memory can be made to the Humane Society of Summit County, 7996 Darrow Road Suite 30, Twinsburg, OH 44087.

To order memorial trees or send flowers to the family in memory of Elsie McKeighen, please visit our flower store.