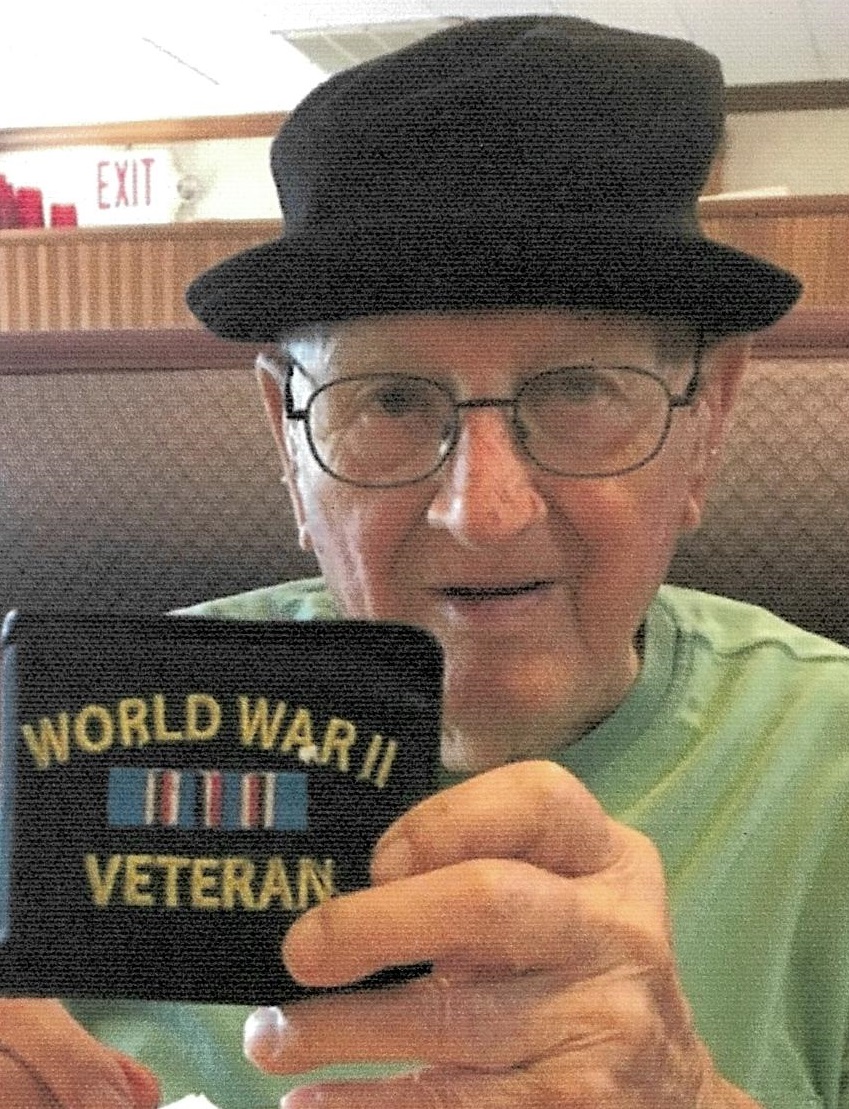 On December 24, 2021, Charles P. Kulcsar II went to be with the Lord, at age of 97. He was a loving father, devoted Catholic at Sacred Heart Catholic Church, and an all-around wonderful, loving man.

Charles was born to Julia Kulcsar (Horvath) and Charles Kulcsar on October 17, 1924. He grew up in Barberton, Ohio with 11 brothers and sisters. He served the United States army from May 1943 - March 1946 and was deployed to the Battle of the Bulge ( World War II). He was with the 12th Re-Enforcement Depot, responsible for driving transport trucks to and from the front lines. He was an auto body repair man working alongside his brother John Kulcsar at Magic City Auto Body for over fifty years, moving to Wadsworth Ohio in 1964 to raise his family.

In his early days he was an avid runner and took daily walks until the age of 95. He enjoyed golfing at Brookside and bowling at the Slovene Center with the guys, car shows, he watched all sports at all levels of play, though his Lady Grizzlies basketball team in Wadsworth held a special place in his heart. There is no one who could light up a room quite like he could with his jokes and pranks, an impromptu song on the harmonica, or his kind spirit. He was a hard worker and great role model. He was truly one of a kind and touched so many lives.

He is preceded in death by his Father Charles, Mother Julia, Brothers Kalman, Joseph, Stephen, Alex, Michael, John, Frank, Anthony and Sisters Rose Marie, Mary, and Julia. He is survived in death by his children Charles Kulcsar III, Tom and Deb Kulcsar, Tim and Celia Kulcsar, Robert and Ashley (Kulcsar) Thurber, Andrew Kulcsar, and stepdaughter Stephanie Lister. He had 7 grandchildren, Kelli, Laura, Travis, Todd, Dawn, Christian, and Carter. As well as 4 great grandchildren and numerous nieces and nephews. We will all miss you dad! We'll meet again, and as he always said "Lord willin, and the creek don't rise".

To order memorial trees or send flowers to the family in memory of Charles Kulcsar, please visit our flower store.