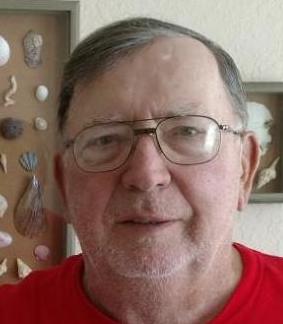 Charles "Charlie" Edward Harrison, age 80, passed away in North Port, Florida on October 19, 2022. Born February 14,1942 in Akron, Ohio to the late Charles Harrison and Loretta (Harold) Shambo.
He was preceded in death by his wife, Harriet, of 58 years and his older brother, Don Harrison. He is survived by sons Scott (Sue) Harrison and Jeffrey (Pamela) Harrison and three grandchildren, Emily, Ty and Ryan who knew him as "PawPaw".
Charlie is a 1960 graduate of Akron South High School. After high school Charlie began working at Simcox Grinding and Steel Company where he demonstrated his dedication and loyalty for over 40 years. Charlie and Harriet also owned and operated the Akron Sport Shack where they served the greater Akron community for over 20 years. Charlie was a pillar of stability and had a work ethic second to none. He was very giving of his time and talents in many organizations. Some that he loved included the Ellet Amateur Athletic Association where he served as a coach, Board Member and President. Then in retirement he volunteered at the Snowbird Baseball Classic as a host to many umpires, coaches and scouts. You would find Charlie driving them from field to field on a golf cart while sharing his opinion on many topics. His greatest pride was serving the Talon Bay community as a member of many committees and a member of the board. He was a man of few words, but when he spoke people listened as he always had wise advice and you knew he cared deeply.
He loved camping, boating and fishing on Lake Erie where he and Harriet spent many weekends. He was a huge Ohio State fan and was very proud to tell everyone he was from Ohio.
Scott and Jeff could not have asked for better parents who have always set an example of how to live life, treat others and work hard. Their example of honesty, love, caring for others and always putting others first will live on for generations.
Charlie and Harriet began a love story in 1956 in Akron Ohio. They demonstrated what a loving marriage looked like and provided a blueprint of what it is meant to love. They spent their final years in retirement at Talon Bay in North Port, Florida. After being with Harriet for over 66 years Charlie joined his wife four short months later where they are forever together in heaven.
Calling hours will be 5-8pm Thursday at Hummel Funeral Home 500 East Exchange St., Akron, Ohio. Cremation has taken place and private interment will take place Friday at Lakewood Cemetery.

To order memorial trees or send flowers to the family in memory of Charles Harrison, please visit our flower store.