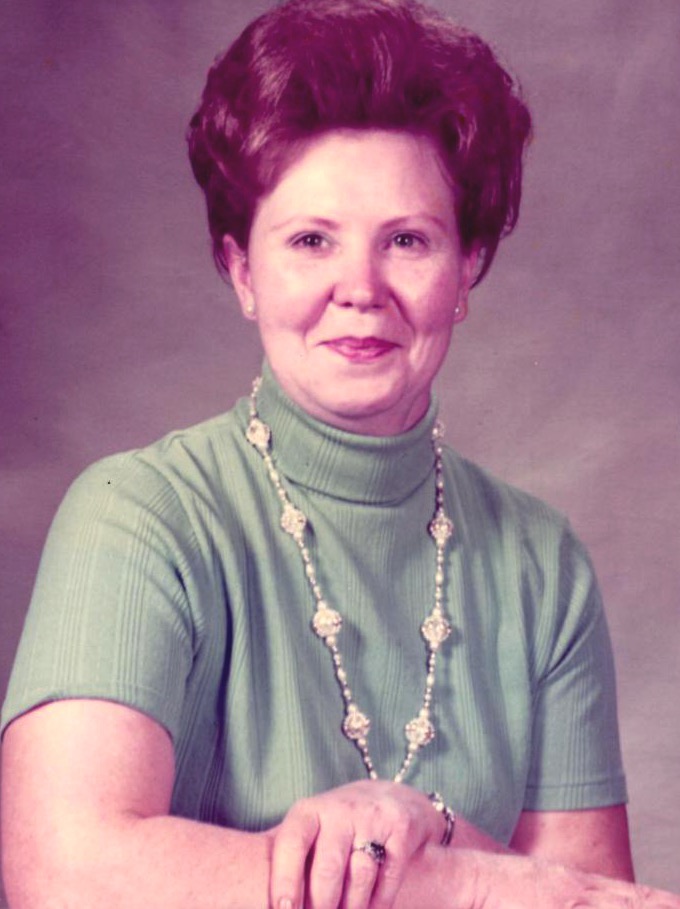 After a brief illness, Betty Jo Bell passed away peacefully January 8, 2022 at the age of 86. Numerous family members visited Betty during her final days and the outpouring of love and respect shown for her serves as testimony to the number of lives touched by the life and actions of this wonderful woman. This family matriarch with her knowledgeable connection to our family's history will be dearly missed.

Betty was born December 13, 1935, in Cherokee County, North Carolina and her parents soon thereafter moved to Akron, Ohio in search of work. At a tender age, Betty's young life was fraught with hardship after her mother's untimely passing. Shortly after losing her mother, Betty and her brother Charles were placed in an Akron, Ohio orphanage. Upon learning that his niece and nephew were in an orphanage, Betty's uncle, William Moody "Mood" Mull and his wife Myrtle drove from North Carolina to Ohio to rescue them from the orphanage and to raise them with their own children. Betty often shared many fond memories from her childhood raised alongside of her cousins in the hills of North Carolina.

In July of 1952, Betty married Olen Gregory and together they raised five children: Doris, Hilda, Lloyd, Norma, and Joe. Betty often shared fond memories from this happy time with tales of family gatherings as Olen's siblings and their children would gather at their home while a wonderful cook prepared meals for the family that she loved. These family gatherings continued until Olen's passing in 1975. Betty's children and their cousins still talk of many happy hours spent at a simple white farmhouse.
Later in life, Betty married Kenneth Bell, with whom she spent many joyous years filled with laughter and love. Betty and Kenneth made a life together while Kenneth treated her children and grandchildren as if they were his own. Their marriage and time well spent continued until Kenneth's passing in 1999.

Betty's passing was preceded by the passing of her brother Charles, and the recent loss of her youngest daughter, Norma Gregory. Betty is survived by a half-sister, Dorothy of whom she often spoke.

Betty's grandchildren, Len (Jen), Carrie (Randy), Justin (Kayla), Jessica (Scott), and Amanda (Josh) are thankful to have known their grandmother first as a loving grandmother and to then have had the opportunity to spend time with her in conversation as she shared stories about her own life. The opportunity to chat while simply enjoying the company of your elders should never be squandered. Consider yourself fortunate if you took the time to listen to the stories that she told and envisioned the vivid mental pictures painted by her tales as an elderly woman revealed the otherwise unknown stories of her youth. To witness her eyes light up and her voice grow strong as she told tales of happy times was truly a gift. Never hesitate to share your time with someone that loves you.

Betty cherished her great-grandchildren: Matthew, Michael, Kaiden, Adley, Maggie, Landon, and Holden. Before each of her great-grandchildren were born, their Great-Grandmother crocheted for each child a beautiful blanket for snuggles and naptime. These blankets are more than an assembly of colorful yarn knitted together by the hands of a talented woman. These blankets are a timeless gesture of her love and an expression of her hope for a future generation. These blankets are valued far beyond any purchased gifts as these handmade efforts represent time donated by a woman who knew that her time was growing short.

It should also be celebrated that Betty spent numerous hours of her time crocheting miles of yarn, making blankets as her donation to local shelters and charitable organizations. Her blankets were gifted to babies, toddlers, and veterans. Betty's hopes were that the love she poured into every crocheted blanket would find its way into the hearts of those receiving them. When stopping by to visit, it was a common sight to see her working on her latest blanket. She would talk about the colors she was using, why she chose each color, and who she hoped would receive that blanket. She never hesitated to take the time to teach others how to crochet and enjoyed sharing her gift with others.

There is another survivor deserving mention that carries on Betty's memory. In 1978 a proud father purchased a small Christmas Cactus that would be presented to his wife as a simple gift celebrating the birth of their first daughter, Betty's first granddaughter. After a few years, a sad little Christmas Cactus that would not grow or bloom found its way into Betty's care and the plant began to flourish. Nearly 44 years later, a tiny department store plant from a small ceramic pot has grown into a stately example of a thriving Christmas Cactus that produces the most beautiful blooms. Betty took great pride in this plant and would be pleased to know that her favorite houseplant will be cared for in the home of her first granddaughter. She would be happy to know that, in a roundabout sort of way, this Christmas Cactus has found its way home.

Betty's final wishes were to be cremated and that her ashes be interred in the Memorial Columbarium Wall of the Ohio Western Reserve National Cemetery with her husband, Kenneth.

In place of a funeral, the family will host a celebration of Betty's life where family and friends may gather to relay their favorite stories, to view photographs that illustrate her life, and to honor the memory of this kind-hearted, beautiful soul.

To order memorial trees or send flowers to the family in memory of Betty Bell, please visit our flower store.